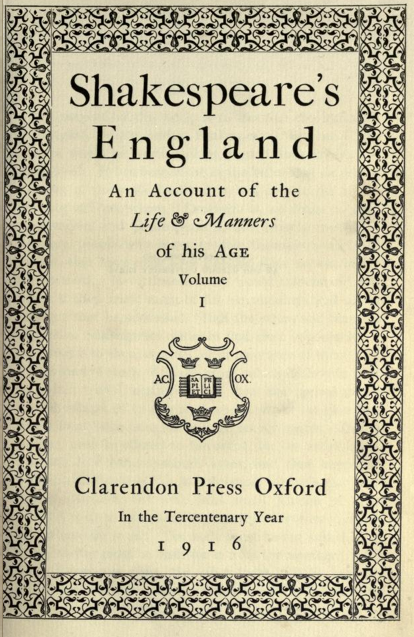 Realizing they could not achieve their plans of a national theatre in time for the celebrations, the Shakespeare Memorial National Theatre committee decided to erect a statuary memorial instead, and purchased a site in Gower Street, hoping to build a theatre there in the future. In July 1914, the British Academy formed a Shakespeare Commemoration Committee to prepare an international celebration of Shakespeare in England.

Thus wrote Israel Gollancz, Honorary Secretary of the Shakespeare Tercentenary Committee, in A Book of Homage to Shakespeare, a volume designed to “symbolise the intellectual fraternity of mankind in the universal homage accorded to the genius of the greatest Englishman”. It included 166 tributes in twenty-six languages by poets, scholars and diplomats from all over the world.

The Shakespeare Association suggested arrangements “national and Imperial” rather than “international and world-wide”, though still a weeklong. Shakespeare was variously mobilized in praise of England: Francis Colmer’s anthology, Shakespeare in Time of War, by detaching pieces from their context made him speak up for the glories of war. Another collection of tributes entitled Shakespeare’s England: An Account of the Life and Manners of his Age, prefaced by the Poet Laureate Robert Bridges, included thirty essays on home, heraldry, agriculture, religion, rogues and vagabonds, with other features of eternal merry old England.

J. M. Barrie’s one-act farcical play, Shakespeare’s Legacy, claiming Shakespeare was born in Glen Drumly and was Scottish, had its first matinee performance on 14 April 1916 at Drury Lane Theatre for the benefit of the YWCA. Among other notable events there, a performance of Julius Caesar attended by the King and Queen, a pageant by some two hundred actors presenting tableaux of Shakespeare’s plays, and the surprise knighting of Frank R. Benson, still wearing his Julius Caesar costume.