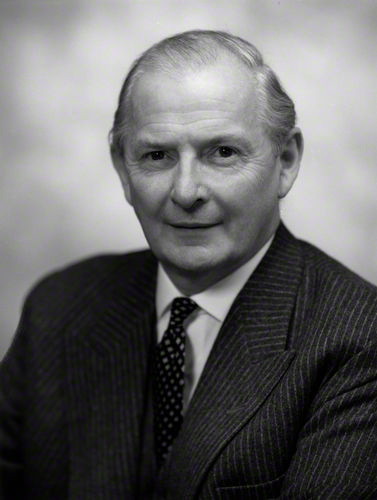 Mr. Selwyn Lloyd. No proposals for Government assistance for this purpose have been put to me.

Mr. Gardner. Will not my right hon. and learned Friend agree that this fourth centenary deserves celebration by an imaginative, fitting and permanent monument? In view of the importance of these celebrations, and of the high reputation of the British theatre, would he not agree that this would be an appropriate time for him to reconsider his decision about the National Theatre? Would he not think it fitting to reconsider the possibility, at least, of making a substantial contribution towards the building of such a theatre?

Mr. Lloyd. I realise the importance and significance of this particular celebration. I have already answered one Question today about the National Theatre and have nothing more to say on that.

Mr. George Jeger. Does the Chancellor realise that the best contribution he could make would be to release the £1 million already voted by Parliament?

Mr. Lloyd. I know that the hon. Gentleman thinks that.”