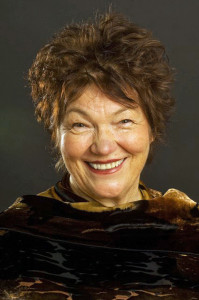 Part masterclass/part performance: Funny, fierce, deep and accessible, Women of Will is the bonus content to Shakespeare’s plays that you have been searching for.

Ace actor Nigel Gore plays the Romeo to Ms. Packer’s Juliet, the Petruchio to her Kate.

Together Packer and Gore’s stage alchemy creates the Shakespeare experience that Ben Brantley of The New York Times calls, “Marvelous!” and Jennifer Farrar of Associated Press hails as “Boundless and irresistible!”

“Brilliant! Fearlessly impassioned acting that you’ll remember for as long as you live.” Wall Street Journal

” . . .distinguished first and foremost by Packer’s genuine love for the bard’s work and by her and Nigel Gore’s stunning recreations of some of Shakespeare’s most famous scenes.” Examiner .com

Tina Packer is the Founding Artistic Director of Shakespeare & Company in Lenox, Massachusetts, which she created in 1978. There she has directed more than 50 Shakespeare productions, as well as new works including four world premieres. As an actor she has played countless roles.

Tina trained at the Royal Academy of Dramatic Art, where she won the Ronson Award for Most Outstanding Performer. In Britain, she was an associate artist with the Royal Shakespeare Company, performed in the West End, and acted with repertory companies in Glasgow, Edinburgh, Leicester, and Coventry. She also has worked for the BBC and ITV television companies and in film. (2 seasons)