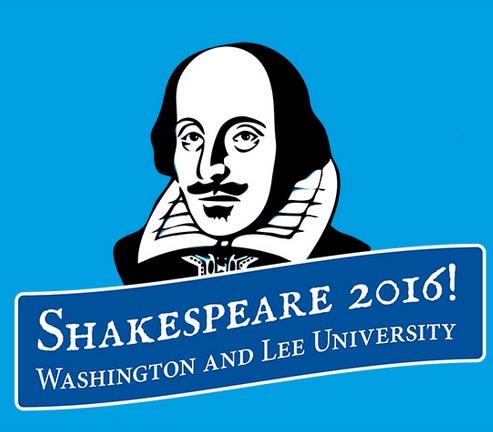 Shakespeare 2016! is a year-long celebration at Washington and Lee commemorating the 400th anniversary of William Shakespeare’s death in April 1616. The campus will enjoy a remarkable array of unique events-from theatrical, musical, and dance performances, to a special exhibition in the Staniar Gallery, talks by several prominent speakers, special courses in the English, History and Theater Departments, a student soliloquy slam, a film series with favorite W&L professors introducing their favorite Shakespeare movies, and a special Shakespeare dinner in the Dining Hall-all culminating in a campus party at the beginning of Spring Term.

All of these events have been made possible by the creativity and cooperation of many academic departments on campus, as well as generous support from the Office of the Dean of the College, the Provost’s Office, and the President’s Office.

But there is more. Besides events planned by nearby arts organizations such as the Rockbridge Ballet and the American Shakespeare Center in Staunton, W&L is a founding partner of the Virginia Shakespeare Initiative — a state-wide project to encourage, coordinate and publicize Shakespeare-related events across the state of Virginia. Take a look at the VSI website: http://vashakespeare.org/.