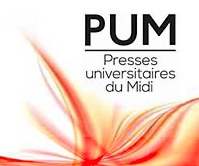 The Fundación Shakespeare Argentina was launched at the 38th Buenos Aires International Book Fair on 24th April 2012. The event included a Homage to Shakespeare on the anniversary of his birth and amongst those participating were actresses Gabriela Toscano and Ingrid Pelicori, translator and university lecturer Dr. Rolando Costa Picazo, Dr. Jorge Dubatti, similarly a university lecturer and researcher, translator and lecturer Dr. Miguel Ángel Montezanti and Carlos Rivas, theatre director.

The Globe celebrates the Olympic Games with a marathon of its own, all thirty-eight plays, each performed by a different theatre company, in a different language.

“Performances will include The Taming of the Shrew in Urdu, The Tempest in Arabic, Troilus and Cressida in Maori, and a production of King Lear in Aboriginal languages. Other languages likely to be showcased include Turkish, Greek, Lithuanian, and the Zimbabwean dialect Shona, as well as a performance of Love’s Labour’s Lost in sign language.” (Source: London, Reuters, 21 January 2011)

Revelling in the vast array of communities and languages that make-up London’s vibrant cultural landscape, 37 international companies will present every one of Shakespeare’s plays in a different language over six weeks: